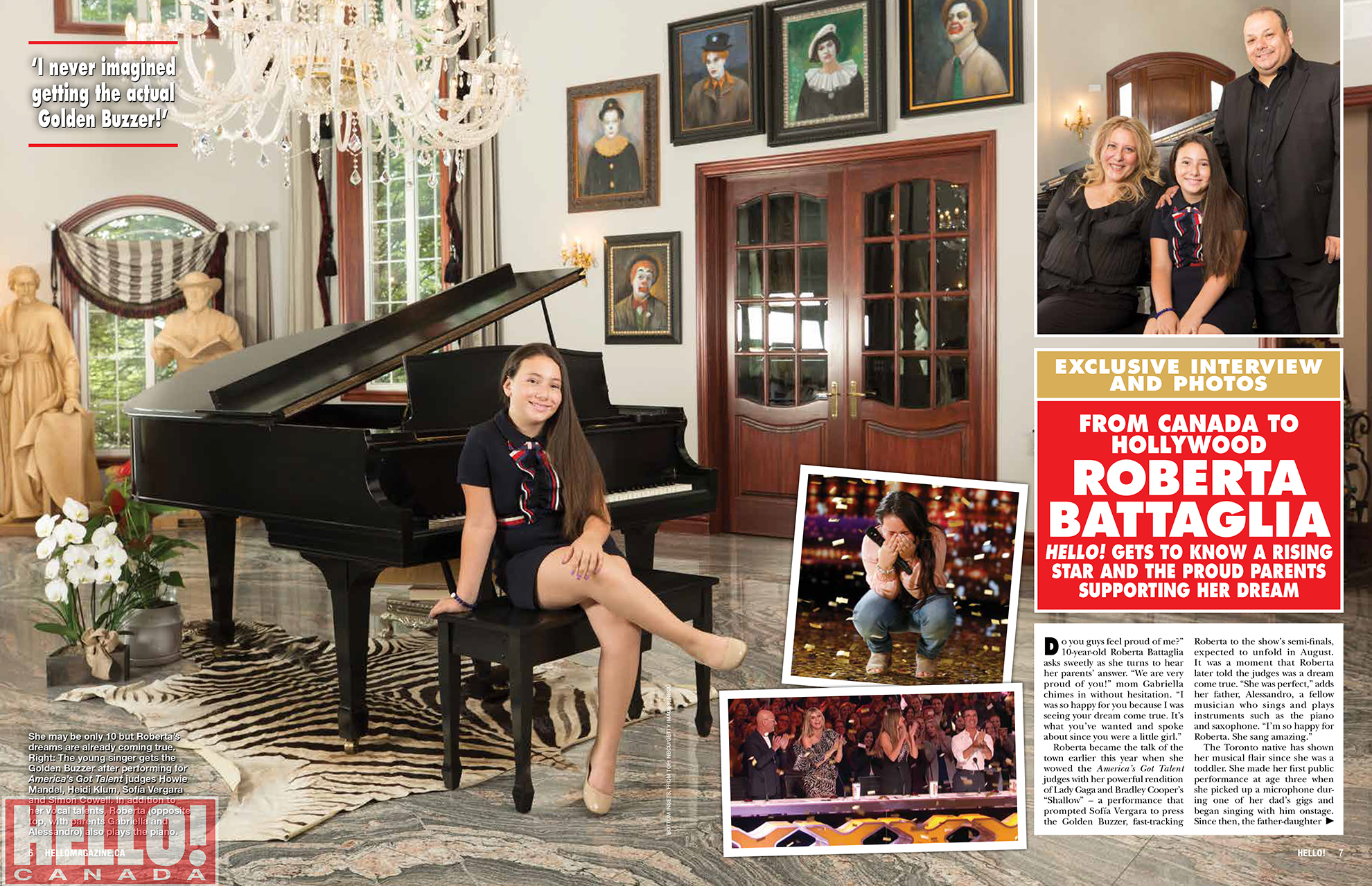 Do you guys feel proud of me?” 10-year-old Roberta Battaglia asks sweetly as she turns to hear her parents’ answer. “We are very proud of you!” mom Gabriella chimes in without hesitation. “I was so happy for you because I was seeing your dream come true. It’s what you’ve wanted and spoke about since you were a little girl.”

Roberta became the talk of the town earlier this year when she wowed the America’s Got Talent judgeswithherpowerfulrendition of Lady Gaga and Bradley Cooper’s “Shallow” – a performance that prompted Sofía Vergara to press the Golden Buzzer, fast-tracking Roberta to the show’s semi-finals, expected to unfold in August. It was a moment that Roberta later told the judges was a dream come true. “She was perfect,” adds her father, Alessandro, a fellow musician who sings and plays instruments such as the piano and saxophone. “I’m so happy for Roberta. She sang amazing.”

The Toronto native has shown her musical flair since she was a toddler. She made her first public performance at age three when she picked up a microphone dur- ing one of her dad’s gigs and began singing with him onstage.