One of the best tips I can give you when it comes to managing perimenopause weight and its symptoms is to swap your food for healthy options that are equally as tasty. This was a challenge at first because I was constantly craving plates of whole wheat pasta and sweets! So, how could I change my eating habits and still feel satisfied and happy with the food I was eating?

It’s important to know that cravings are both psychological and biochemical and usually the foods we crave most contain refined sugar and gluten including trans-fats and artificial additives.  Eating things like cookies, chips, pasta and pizza on a regular basis is similar to drug addiction since both trigger euphoric feel-good hormones such as dopamine and serotonin.  Even worse is that you’ll still want more long after you are full!

However, you could also have a nutrient deficiency such as low protein levels which can result in a blood sugar imbalance and serious sugar cravings!  And don’t go for the artificial sweeteners – they won’t change your biochemistry and your longing for sweets.  Cortisol, your stress hormone, is another big factor in perimenopause weight gain. High cortisol levels from lack of sleep (night sweats!) and hormone imbalance can also trigger food cravings.  Generally, a high carb diet also creates high blood sugar levels and leaves you craving more.  It all sounds complicated but with 30 plus pounds to lose and education as my greatest weapon, I did learn how to substitute my food to lose the weight and control nasty symptoms. This is what worked for me! 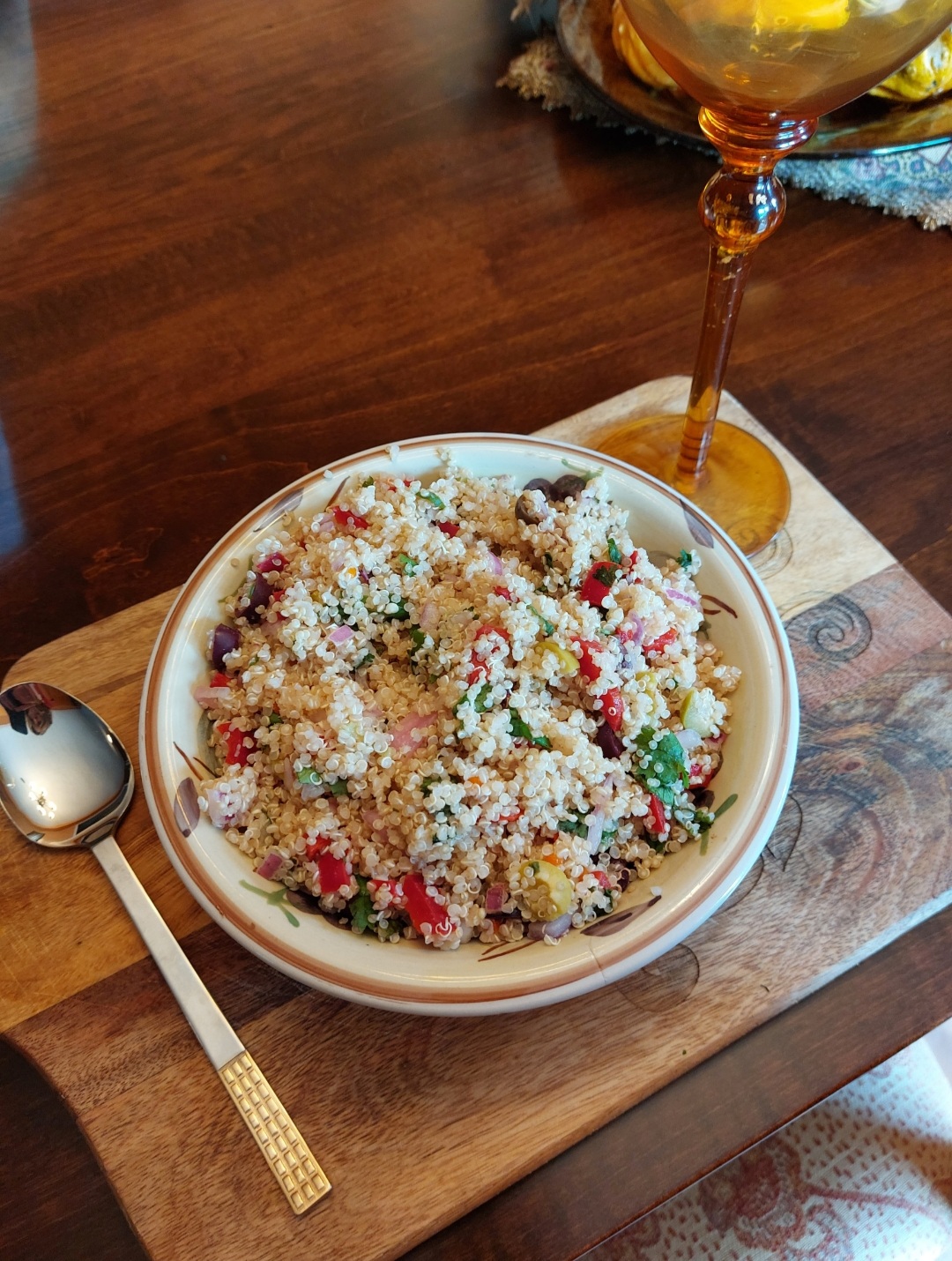 Quinoa (Instead of pasta) – Quinoa is a gluten-free grain crop which is very high in protein and minerals.  Low in calories and will help you feel full.  If you’re making a salad just make sure your other ingredients are low in calories as well.

Almond Milk (instead of skim milk) – Almond milk has less calories and has sufficient calcium. Unlike skim it isn’t an animal product and doesn’t contain lactose, sodium, cholesterol and saturated fat.

Kale Chips (instead of potato chips) – Kale chips have less calories and are packed with antioxidants, vitamins. I add a little olive oil and Pink Himalayan salt for flavour.

Boiled Omega 3 Eggs (instead of regular scrambled eggs) – Omega eggs are higher in vitamins and ‘good fats’ because the hens are fed a diet high in flaxseed. Boiled eggs contain less calories than scrambled eggs.

Almonds & Walnuts (instead of dark chocolate) – Although dark chocolate is full of antioxidants, I just wouldn’t know when to stop! So I chose these nuts instead which, like chocolate, also release the ‘feel good’ hormone, serotonin and is nutrient-dense with antioxidants. This is a great afternoon snack and usually eat one handful.

Regular Tomatoes (instead of cherry tomatoes) – I added cherry tomatoes to all my salads until Dr. Mike told me they are higher in sugar and that I should cut them out. So I did.

Berries (instead of other fruits) – this was another great suggestion by Dr. Mike and again, based on calories.  Berries (and lemons) contain the least calories of all the fruits while still being nutrient-dense.  Avocados are my only exception and eat them a couple of times a week. 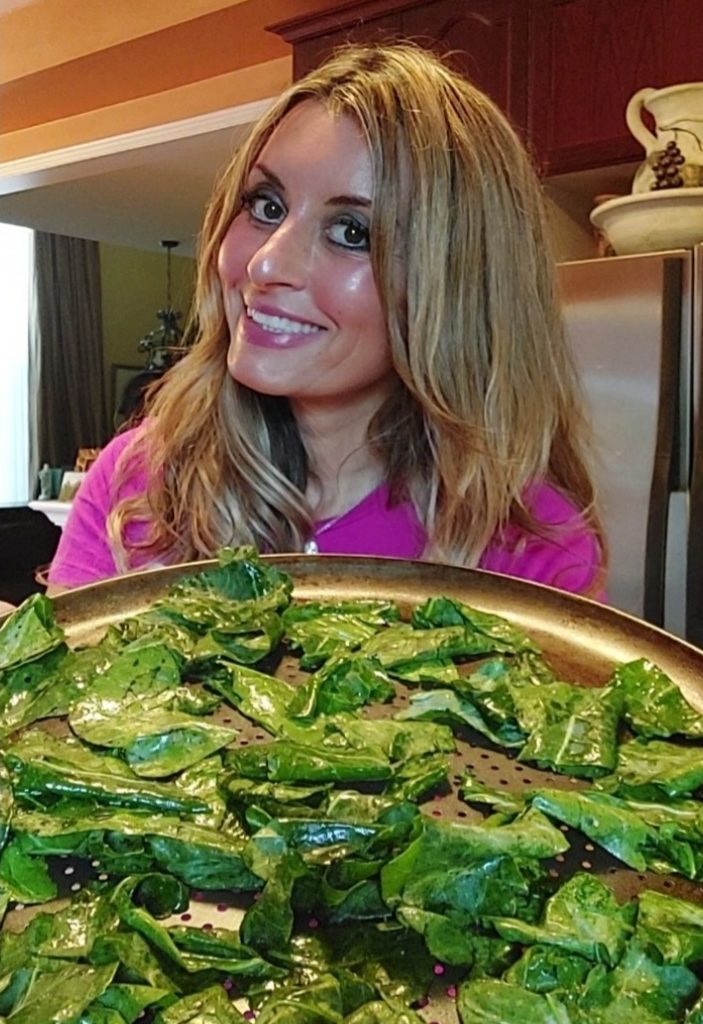 Apple Cider Vinegar (instead of balsamic) – While balsamic is very high in sugar, apple cider vinegar is low in calories, reduces blood sugar and cholesterol levels while aiding in weight loss.  Dr. Mike calls it a ‘fat buster’!

Gluten-Free Pizza Crust (instead of regular pizza) – This was one of my most challenging substitutes.  I get my ready-made flatbreads from Mimi Foods in Vaughan, Ontario as they are by far the best I’ve ever tasted.  I added shaved parmesan cheese (the only cheese I eat as it is the lowest in calories) with some tomato sauce, peppers and olives.

These healthy changes in your diet make a huge impact and what’s interesting is that since modifying my meals I have begun to crave these super, nutrient-dense foods! Who would have thought I would look forward tp a side portion of quinoa over an entire bowl of pasta?  My general rule of thumb when it comes to meal time is portion control and sticking to a basic template; my dinner plate consists of one quarter gluten-free grains, another quarter high protein and half the dish, a leafy green and/or cooked vegetables. My breakfast consists of two boiled eggs and for lunch my homemade shake (dated January 17 on my Instagram account for those interested in the recipe) with nuts and berries for snacks.  Bon Appetite!